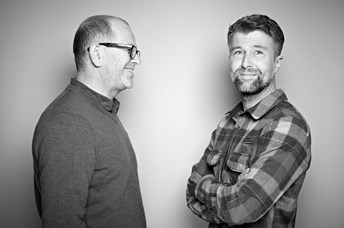 PearsonLloyd is a product, furniture and innovation design studio led by founders Luke Pearson and Tom Lloyd, and run from a studio in Shoreditch, East London. For the last twenty years, the agency has designed products, systems and environments for the home, workplace, transport and healthcare sectors. In 2008, Luke and Tom were awarded the distinction of Royal Designers for Industry by The Royal Society of Arts in 2012 were named in the top 50 designers ‘Shaping the Future’ by Fast-Co Magazine in New York.

The agency’s work is driven by a need to understand and interpret a world that is experiencing rapid and often unexpected change. It’s in depth research into these changes - in both the material and digital world - enables PearsonLloyd to create design solutions that are appropriate and relevant for manufacturers, brands and users. The studio is highly collaborative in its approach. It embraces the restrictions imposed by product type, function, material and process and delivers products that are beautiful, efficient and useful.